Startseite » About us » History

The small hamlet of Grenzhof looks back on a long history. Our establishment in the heart of the hamlet is an integral part of this history: The Kaiser family, already in their fourth generation, have determined the fortunes of Hotel & Restaurant Grenzhof. Find out all you need to know about Grenzhof here …

“Your host in Grenzhof, now in our fourth generation”

A brief history of Grenzhof

Grenzhof was mentioned as far back as 771 AD in the Lorsch Codex. At that time, Heidelberg consisted at best of a few poor fishing huts, whereas Gerinesheim, now Grenzhof, was already home to well-established, prosperous clans. These clans gave the Gerinesheim estates to Lorsch Monastery in the second half of the eighth century.

The previous owners had run the estates as hereditary leaseholds or fiefs and in return enjoyed the protection of the monastery, for which they had to pay tributes to the spiritual masters.

After the decline of Lorsch Monastery, the owners changed constantly. Gerinesheim was owned by the Lords of Steinach, the Bishop of Speyer, Schönau Monastery and finally became part of the Electoral Palatinate of Baden.

From the Middle Ages to the Modern Era

Around 1300, when Schönau Monastery was economically weak, the ‘Grangien’ or ‘Meihöfe’ (farmsteads) in Gerinesheim were leased to farming families.

After the Thirty Years’ War (1618-1648), however, only two houses and two barns were left in what was by then called Gränessheim.

The old hamlet only recovered very slowly from the destruction of the war and, in 1683, when Prince Elector Karl settled the hereditary leaseholders Jakob Schuh and Friedrich Link in Gränessheim, a new era began in Grenzhof.

After the Palatinate War of Succession from 1688 to 1697 and the peace that followed, things improved for the leaseholders and the two farms became four and then eight by the 18th century.

Sheep farming was one of the main activities of local families until the end of the 19th century.

At the end of the 19th century, the hereditary leasehold was converted into ownership by paying twenty times the annual lease. Only the forest remained in municipal ownership and the Grenzhöfer Waldgenossenschaft forestry cooperative, which still exists today, was founded. 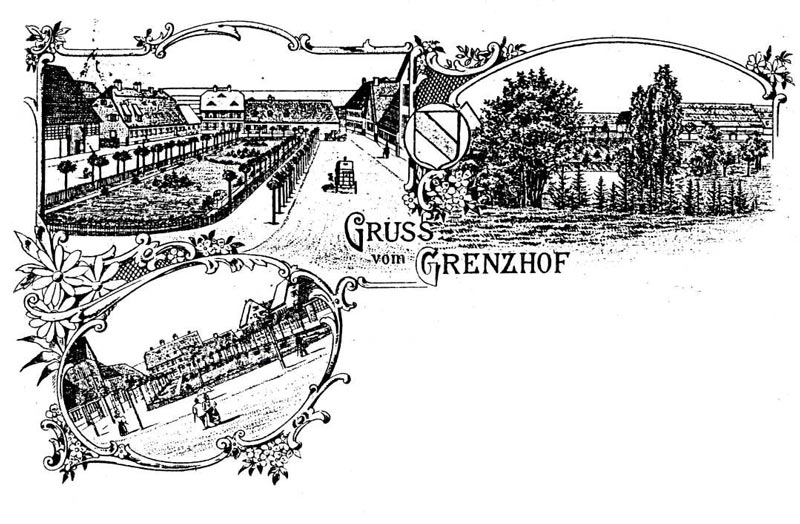 The history of the Grenzhof (PDF – available only in German)

The history of the Kaiser family

The history of the Kaiser family in Grenzhof began when our great-grandmother, Katharina Kaiser, née Hahn, married Georg Wilhelm Kaiser from Hoffenheim in Kraichgau. She was the oldest of six children and bought the present Kaiser farm from her father: a very emancipatory act for that time. After her mother passed away, she raised her five younger siblings, and her father, who had inherited his own farm at the front of Grenzhof as the eldest son, wanted to express his thanks to his daughter.

After being independent for a long time, Grenzhof became part of Heidelberg in 1934.

Katharina Kaiser had three children and her oldest son, Ludwig Wilhelm, took over the business with his wife Emma. Emma Kaiser was a real “village hostess” and soon Grenzhof became a popular destination for people from the surrounding villages who, after the hardship of war, celebrated the beginning the economic miracle with white cheese made with milk from their own cows, home-made sausage platters from their own livestock and other hearty treats.

From coaching inn to gourmet restaurant

Heidemarie Kaiser, who came to Grenzhof in 1963 having married Ernst Wilhelm Kaiser, is still responsible for the establishment’s patisserie and bakery to this day. She is the third generation to shape the village eatery and developed it into a regionally renowned restaurant. The guest rooms became a cosy, comfortable hotel and Heidemarie Kaiser won the restaurant’s first accolades in Gault Millau, regional guides and Der Feinschmecker.

Today, the family’s fourth generation welcomes you to Grenzhof. Ulrike Kugler, née Kaiser, and Robert Wilhelm Kaiser continue to work on the unique “Grenzhof” identity, which has since become a brand.

The special ambience of the hotel and careful selection of competent and friendly staff are what make the personal, homely yet elegant and at the same time cosy atmosphere so exceptional. A little nostalgia and the long family tradition should always be tangible.

From the very beginning, distilling brandy was wintry work for the male family members and this tradition is being carried on by Robert Wilhelm Kaiser. The hotel’s own fruit brandy range is well worth trying, as is the rustic Brennerfeschtl’ every February.

That is the history of Grenzhof as far as it is written. 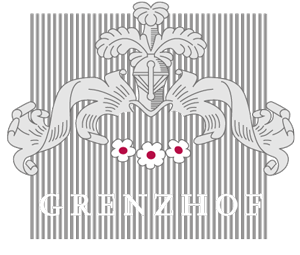 The Grenzhof on the social web:

Monday to Friday from 12 noon to 2 p.m. lunch buffet or small lunch menu

Monday to Friday 7 a.m. to midnight

Saturdays from 8 a.m. to midnight